If you want to reach Australia from Europe, there are no direct flights. You will have to stop in Dubai or Singapore for a stopover. The third time I went to Australia, I’ve decided to stop somewhere else and discover a new city. Bangkok is very popular to any backpackers on their way to Australia for a WHV. But I wanted a less gee whiz destination, lesser known. And that’s how I ended up spending four days in Hong-Kong, on my way to Brisbane, Australia.

I had studied Hong-Kong a little bit in Economics at university, learning it was a big financial city. Therefore, I was expecting a very westernized city where everyone would speak English. How wrong was I !

I was expecting fully bilingual sign roads, barely. Luckily, the subway map is bilingual but the lady who announces each station is incomprehensible. Taxi drivers do not speak a word of English. Yet, considering the very cheap price of taxi, you will take them quite often. My couchsurfers had written the apartment’s address in Chinese for me, on a piece of paper that I could show to the driver.  And don’t bother bringing your Mandarin conversation book: in Hong-Kong, we speak Cantonese.

Don’t go thinking I did not appreciate this city. On the contrary, I loved it. I didn’t expect such a change of scenery, a culture so different from us, but it was a great surprise. This contrast between modernity and Chinese traditions is impressive. You are standing at the foot of huge skyscrapers and two streets later, you find yourself in the middle of a traditional market with shark fins drying in the open air and live chickens in cages, waiting to be beheaded. You may be walking in a busy street with luxury shops and then face a buddhist temple with a zen garden on the corner, so peaceful.

There are a lot of people in Hong-Kong, although I didn’t feel overwhelmed like in India. Hong-Kongese people are obsessional with hygiene. No wonder when we know that the big SARS epidemic in 2002 started in Hong-Kong. That’s why you will see numerous people wearing masks in the streets but also people employed by the city to disinfect all day long the escalator’s handrails or floor buttons in the lifts. The number of people cleaning in this city is impressive.

I’ve always felt very safe here. And unlike other Asian countries, no harassment, no touts at all. We simply leave you in peace.

I was very glad to have my couchsurfers to advise me on what to visit and to give me off the beaten path itineraries. I even got to visit HKU premises. My hosts also took me to the restaurant several times, which is a good thing because I am not an adventurer, culinary speaking. I’m afraid to eat weird stuff. Thanks to my hosts, I could try a lot of dishes I would have never dared to order on my own in the streets. Meals here are always a feast. For only 20 HKD (2€/pers), there are a dozen different dishes on the table.

The tramway in Hong-Kong is also an interesting local experience. You hop-on from the back door and when you get off on the front door, you drop your 2 HKD coin in the box (20 cents).

What to do in Hong-Kong during a stopover ?

Wander in the various neighborhoods. Take the Peak Tram (funicular) and observe from Victoria Peak the skyscrapers surrounded by the jungle.

Admire the buidlings from Central and marvel at the bustle of Times Square (yes, there’s one in Hong-Kong too).

Walk along the Tsim Sha Tsui promenade on Kowloon and enjoy the skyline of Hong-Kong island across the river. Observe the ballet of ships, more or less traditionals. On this promenade, you will also find the Avenue of Stars. Basically, it’s the Asian Hollywood Boulevard. You can walk on the footprints of Jackie Chan, Bruce Lee and Jet Li. Come back to this place at night to watch all the buildings illuminate at once. When I was there, there was a sound and light show every night.

By the way, it is on Kowloon that you will live your most traditional Hong-Kongese experiences. There is an incredibly high number of markets. Flower markets, fruit, vegetables and meat markets, unusual objects markets. There are also several temples in Hong-Kong but most of them felt very intimate. As a non-buddhist and tourist, sometimes I didn’t know if I could come in or not. One temple that is open to all is the Sik Sik Yuen Wong Tai Sin Temple and its Good Wish garden. This place is perfect if you need to get away from the bustle of the city that never sleeps : temples, incense smells, little rivers, dragon carved columns and bushes cut in the shape of Yin & Yang, little turtles swimming… Time seems to have stopped here.

Last but not least, if you stay long enough in Hong-Kong, you might even have time to explore one of the surrounding islands. I’ve spent a day on Lantau Island. A huge island compared to the size of Hong-Kong city. It is covered with untouched jungle with only one small village. The island also hosts a giant Bouddha, but I will tell you more in another post. 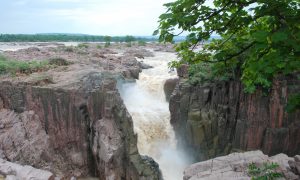 The Pros & Cons of visiting India during Monsoon 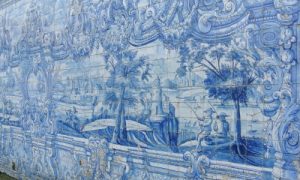 Spend an extended weekend in Porto 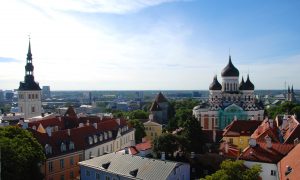 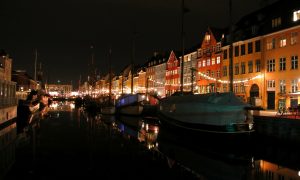